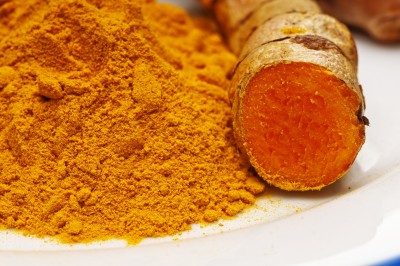 Millions take non-steroidal anti-inflammatory drugs (NSAIDs) daily for arthritis and related inflammatory conditions, but are completely unaware that far safer, and at least as effective, natural alternatives already exist -- and are as easily accessible and inexpensive as the spices found in your kitchen cupboard.

Human research on the health benefits of turmeric is sparse, mainly due to the lack of capital available to fund expensive clinical trials.[i] Despite many decades of investigation as a lead drug compound, and the availability of thousands of preclinical studies indicating turmeric's therapeutic value, few yet realize that this common kitchen spice may provide a suitable drug alternative for common health conditions.

The latest human study to clinically confirm turmeric's medicinal value was published in the Indonesian Journal of Internal Medicine in April, 2012 and found the curcuminoid extract of turmeric was able to reduce inflammation in patients suffering from knee osteoarthritis.

The synovial fluid is an egg yolk-like liquid within the cavities of the synovial joints, which serves to reduce friction between articular cartilage during movement.  In knee osteoarthritis, a condition that afflicts 1 in 2 people by the age of 85 years, the immune cells known as monocytes express increased inflammatory COX-2 enzyme activity within the synovial fluid.

In the study, subjects were given either 30 mg 3 times daily of turmeric extract (curcuminoid) or 25 mg 3 times daily of diclofenac sodium for 4 weeks. After the treatment period, aspiration of the joint as performed and the secretion of cycloxygenase-2 enzyme by synovial fluid's monocytes was evaluated.

Results were reported as follows:

In summary, both curcuminoid and diclofenac sodium were capable of significantly decreasing the secretion of the inflammatory COX-2 enzyme, with nearly identical potency.

This is not the first human study to confirm turmeric is at least as effective as an NSAID drug in reducing the symptoms associated with knee osteoarthritis. A 2010 study published in the Journal of Alternative and Complementary Medicine found 2,000 mg of turmeric extract was as effective as 800 mg of ibuprofen in reducing symptoms of pain and inflammation.[ii]

What is most remarkable about the more recent study is not that turmeric curcuminoids have potent anti-inflammatory properties – there are already hundreds of studies confirming its COX-2 reducing and otherwise anti-inflammary effects -- but rather how much safer they are relative to NSAID drugs like diclofenac, which like most pharmaceutical anti-inflammatory drugs have been linked to adverse health effects such as increased cardiac mortality, miscarriage and seizure.
source: http://www.greenmedinfo.com/blog/turmeric-extract-puts-drugs-knee-osteoarthritis-shame